The Colorado Springs Group Property Management is focused on delivering exceptional services through extensive industry experience and use of superior technology. Our team is ready to listen and put forth a strategy to achieve your long-term goals. We are committed to ethical standards, building trust and developing long term relationships. We take pride in knowing we provide top quality property management serving our owner’s best interest and providing well-maintained properties for the rental market.

How much rent can you get for your investment?

Our market analysis helps landlords and us make data-informed decisions about their rental property, including rate estimates and other information so they can invest and manage their investment property more wisely.

Why Landlords Choose Us

At Colorado Springs Group Property Management, our primary goal is to provide outstanding service to both our clients and residents. Our job is to keep the rental properties of our clients running smoothly and efficiently. Not only do we make your life easier and your properties more profitable; we also work hard to make your Residents happy. We are confident that we can provide the best management service for you and your property.

Our goal is to provide you with the best service and manage your properties efficiently and effectively. Our company has invested in a complete and modern software solution, AppFolio Property Manager. We are excited to share several of the new capabilities and how they will benefit you.

More effectively market your properties and fill vacancies sooner. AppFolio allows us to quickly advertise vacancies online, posting to our website, and several other listing sites. Applicants can also apply right from their smartphones.

Price rentals right for your market and reduce vacancies. AppFolio’s built-in rental comparison tool provides
actual rental rates for units similar to yours in the same geographic location. This insight allows us to maximize
your revenue and fill vacancies faster.

Screen for the best residents. Streamlined, built in resident screening includes standard background and credit checks along with past rent payment history. Screens can be completed in minutes – enabling us to place the highest quality residents quickly.

You will be paid faster and more securely. New functionality provides our company the ability to deposit funds
directly into your bank account. No more waiting for a check in the mail.

Collect rent faster with online payment options. Modern residents expect easy, online payment options. AppFolio gives residents three convenient ways to pay electronically (Cash, E-check, or with a credit card). On-demand access to your statements. Owner statements are securely posted to an online Owners Portal, saving time and paper. These simple statements provide you with a quick snapshot of your property details for the past month. We can also include maintenance invoices and additional reports you request. 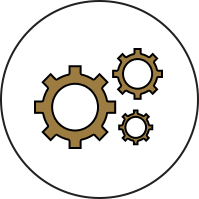 Handle property maintenance issues faster. We use AppFolio for electronic work-orders and communication with
vendors so we can quickly resolve issues. At your request, we can email you a copy of the work order and relevant
information giving you real-time updates.

Ready to get started or need more information?

Falcon is an unincorporated community exurb in El Paso County, Colorado, United States. It lies along US 24 about 14 miles northeast of Colorado Springs. A railroad hub in the early 20th century, the town spent several decades as a quiet ranching community until it experienced rapid residential growth throughout the 1990s which has continued increasingly through today. The population of Falcon as of 2009 was estimated to be 10,514. The U.S. Post Office in Peyton, Colorado (ZIP Code 80831) serves Falcon postal addresses, but many people mistakenly believe those residing in the Falcon area are Peyton residents. This is because most Falcon resident still list "Peyton, CO 80831" with their mailing address. However, that is incorrect and the postal service accepts "Falcon, CO 80831." Source Wikipedia